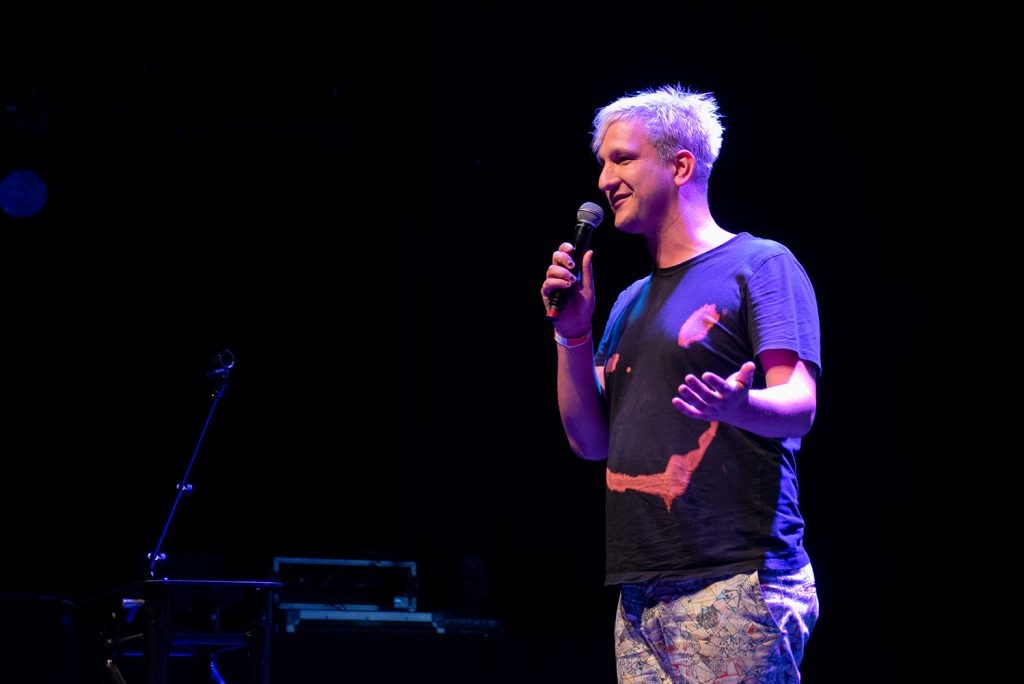 Because of the coronavirus we have decided to cancel the last tryout and final show of Maarten Bel at SYB. These shows were scheduled to take place on Friday March 13th and Saturday March 14th.

Instead, SYB will be open on Saturday, March 14 between 1pm and 5pm: at SYB, a video recording of the performance Funeral service for failed loves will be on view. Maarten’s performance will be postponed.

Maarten Bel prefers his art with humour, and often implements it in his practice as an artist. His work can be considered funny, or sometimes absurd. But what is funny? And in what way can he (better) apply it in his work as an artist?

During his residency in SYB, Maarten Bel wants to investigate these and other relevant questions, while also exploring the possibilities of the genre of stand-up comedy. During his residency he will open and run his own stand-up comedy club in SYB, which will be open to the public every Friday night. He will be using the stage to work on his own material, while also opening it up to local comedy talent.

Maarten’s residency will be concluded with a full stand-up comedy set, which will be performed on Sunday the 15th of March. His process can be followed during the opening hours of Kunsthuis SYB (Saturdays and Sundays between 1 and 5 pm) and through a series of youtube videos, which he will be sharing through social media.

Maarten Bel (1987, Dordrecht) is a multidisciplinary artist based in Rotterdam. His work consists (among other things) of performances, TV programmes, books, drawings, installations, tours, videos, educational projects and events. His work has been shown in Museum Boijmans Van Beuningen, TENT, and the Stedelijk Museum Amsterdam. He also worked on projects for the NTR and Theaterfestival de Parade.