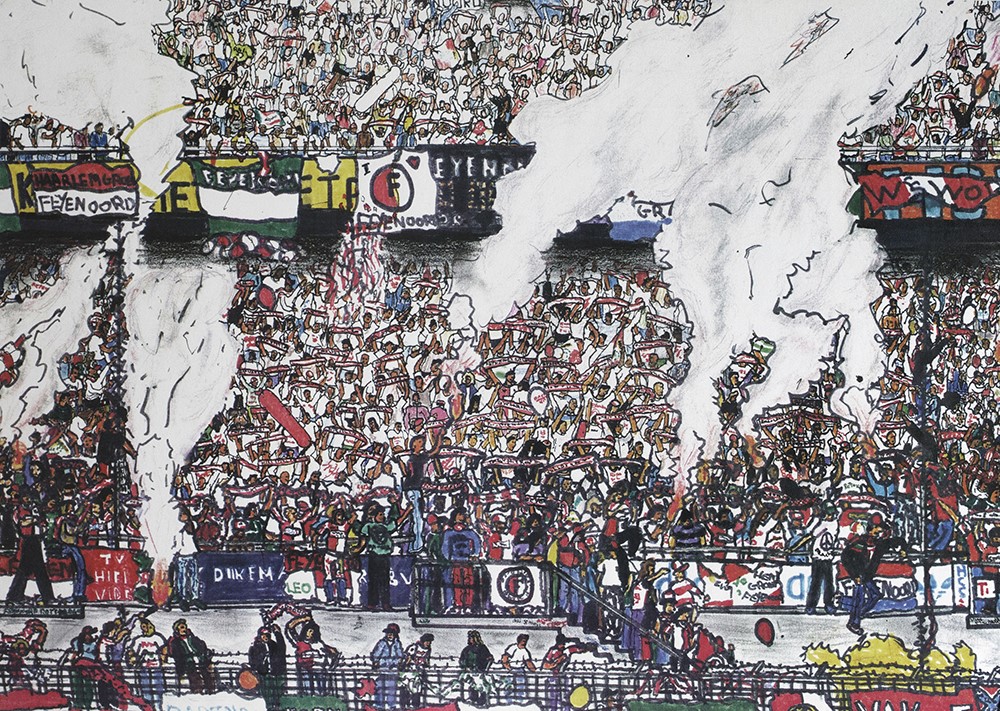 Last summer, Kunsthuis SYB shook the foundations of quiet, peaceful Beetsterzwaag with a stomping presentation of the project Gabber Nation. Seven German, Danish and Dutch artists, assembled by visual artist Henrike Naumann, presented the outcome of intensive artistic research into the history of gabber culture in Friesland and the current significance that gabber has in Beetsterzwaag and the surrounding area. They interviewed first generation Frisian gabbers, but also the younger generation for whom hardcore music still plays an important role. The artists’ collective visited historic places, raves and other events, and together with the help of locals they created an archive of photographs, videos and paraphernalia. The result was an exhibition with a diverse array of installations and sound pieces, ranging from a reconstruction of the headquarters of ID&T, the brains behind the Thunderdome (The Birth of Gabber, Henrike Naumann) to a dystopian photo installation (Last Breath of the Homelands, Boris Postma) and the ultimate physical rave experience, squeezed together in a space no bigger than 2 m2 (Cloud 9, Bastian Hagedorn). The works play with the characteristic aesthetics of gabber culture – from Mad Max to Nike Air Max – and simultaneously reflect the political and social significance the movement has in the countryside. The artists discovered a hidden urge for destruction in this pleasant village, with a surprising depth and passion. Before you can start over, everything must be destroyed!

What a contrast to contemporary Rotterdam, where the gabber scene spirit seems to have disappeared as the hairs became increasingly grey. The warehouses and empty schools are no longer used for legendary raves and the gabber heartbeat only seems to quicken when Feyenoord are playing, with hardcore booming through the speakers. Rotterdam was once the epicentre of Dutch hardcore techno, with the notorious club Parkzicht, DJ Rob, Paul Elstak and Rotterdam Records. That was then, but what role does gabber play in today’s Rotterdam?

For Art Rotterdam Intersections 2017, Kunsthuis SYB has reassembled the group of artists from Gabber Nation for Gabber Nation 2.0: The Rotterdam Edition. Curated by Agnes Winter in the specific context of what used to be the factory floor in the Van Nellefabriek in Rotterdam, Henrike Naumann, Ekaterina Burlyga, Johannes Büttner, Bastian Hagedorn, Boris Postma, Tea Palmelund, and Merle Vorwald exhibit new work relating to the rich history of Rotterdam’s gabber scene whilst researching the subculture’s contemporary relevance.

Inspired by the way in which local gabbers have incorporated their love of hardcore music into their lifestyle and interior décor, Henrike Naumann recreates an intimate, personal space where domesticity is in sharp contrast with gabber’s hard, raw style. Boris Postma presents a photo installation in response to his visits to historic places which once formed the backdrop to infamous raves, and Ekaterina Burlyga melts old vinyl records and reshapes them into a sculpture in which she utilises the apocalyptic aesthetic so characteristic to gabber. The floor installation Beyond Thunderdome by Merle Vorwald plays with Nike Air Max’s iconic suspension and initiates the visitor into the hardcore experience of pounding music which is often compared to the sound of foundation piles being stamped into the ground; a characteristic feature of the city’s acoustic landscape. As is the bore hammer: the sound that is the basis to a new sound piece by Johannes Büttner and Bastian Hagedorn. The work functions as the soundtrack to the presentation: a homage to Rotterdam as a working-class city.

The exhibition is accompanied by a fanzine: Kern Zine, compiled and designed by Tea Palmelund. Palmelund took her inspiration from the writer Hakim Bey and his ideas concerning Temporary Autonomous Zones (TAZ). Kern Zine therefore has no clear origin, structure or objective, but offers an open space in which the various perspectives and material of Gabber Nation 2.0 come together. At the same time, the magazine functions as the catalogue for the exhibition, which is similarly non-hierarchical in openly searching for a position between dystopia and utopia.

Are you a (former) gabber and/or a generous art lover, and would you like to support Kunsthuis SYB and the artists involved in Gabber Nation 2.0: The Rotterdam Edition in realising the exhibition during Art Rotterdam? Then you can, by making a financial contribution (10 euros or more) to Kunsthuis SYB. All donors will receive a copy of the fanzine Kern Zine designed by Tea Palmelund (which is also the exhibition catalogue). If you donate 25 euros or more, you’ll also receive the jubilee edition of Kunsthuis SYB: Our House in the Middle of the Street. Donations can be made via iDeal or through a bank transfer to Kunsthuis SYB with the reference Gabber Nation 2.0. Would you like to receive publications or receive them during Art Rotterdam, then please send an email to info@kunsthuissyb.nl with the subject line Donation Gabber Nation 2.0.

Gabber Nation 2.0: De Rotterdam Editie is made possible by: 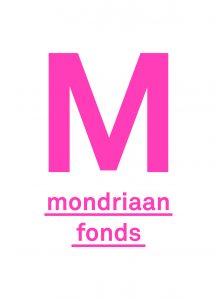