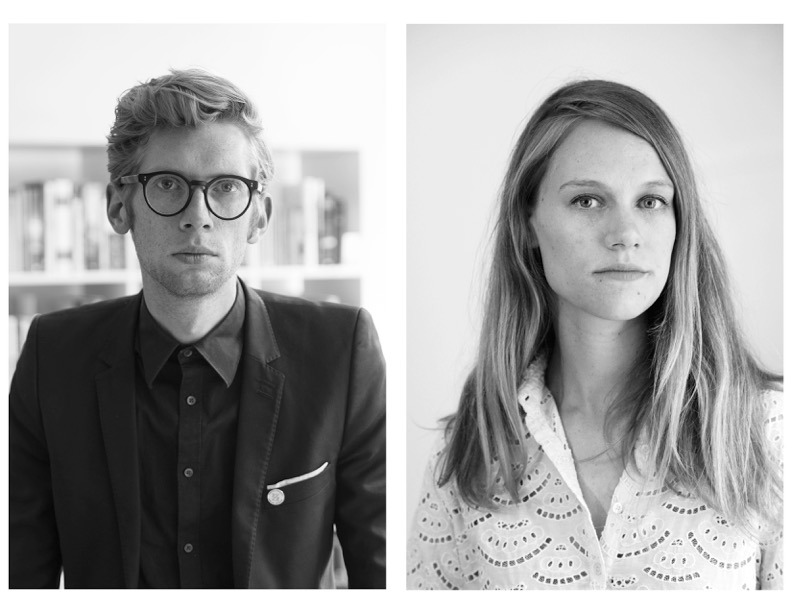 In March of this year, Kunsthuis SYB invited curators and artists to submit a proposal for the coming Triennial of Beetsterzwaag in 2018. Following Sfear fan Ynset (2015) https://www.kunsthuissyb.nl/?p=1562 this is the second time that SYB is organising a multiday programme from an exhibition concept which is strongly connected to the surroundings of Kunsthuis SYB and makes use of the rich directory of artists it has built up over the years.

Next year the triennial will be part of the main programme of Leeuwarden – Friesland European Capital of Culture 2018 https://www.friesland.nl/en/european-capital-of-culture, where the notion of “iepen mienskip” (open community) takes centre stage.

From the large number of proposals that Kunsthuis SYB received, the programming committee has opted for the concept of Julia Geerlings and Niekolaas Johannes Lekkerkerk, two young curators who will form a collaboration for the Second Triennial of Beetsterzwaag. In their proposal, Geerlings and Lekkerkerk connect the theme of “iepen mienskip” to the ancient concept of the “almende”, a notion dating back to the Middle Ages signifying a common share of the community in uncultivated, undivided meadows, woods and fishing waters. Geerlings and Lekkerkerk want to reintroduce the notion of the almende and use it as a starting point to re-evaluate the shared responsibility and interests that are coupled with the communal use of the land, the landscape and the public space.

Besides the actual, ethical and moral questions concerning a shared responsibility connected to the notion of almende, Geerlings and Lekkerkerk utilise a more speculative thinking ground in which free experimentation can take place with different stories and scenarios around the history of humanity, and the role of natural processes in the development of a civilisation. The point of departure is the Oera Linda, a chronicle from 1256, which briefly caused much controversy at the end of the 19th century, but was quickly exposed to be a 19th century attempt at a falsification of history disguised in the form of a centuries-old pseudo runic script. The Oera Linda assumes the existence of an ancient Frisian manuscript about the origin of the world and the development of human civilisation. The Frisian people are presented as the descendants of a 4000-year-old Frisian civilisation which once populated the whole of Europe and was superior to all other races, but increasingly declined after the fatal flooding of Atlantis (‘Atland’). Mythology, matriarchy, nationalism and natural disasters are the connecting thread running through the Oera Linda and keep offering new leads to think and speculate about the use and the arrangement of the communal space.

For the contentual design of the Second Triennial of Beetsterzwaag, Julia Geerlings and Niekolaas Johannes Lekkerkerk will collaborate in the coming months with artists who work from an understanding of the entanglement of nature and culture and focus on the development of alternative forms of communities and societies.

Julia Geerlings (1985) is an independent curator and writer and lives and works in Amsterdam and Paris. She studied Art History at the Free University of Berlin and at the Vrije Universiteit Amsterdam (MA). Geerlings regularly contributes to magazines and publications and was guest editor of Metropolis M (‘No Longer art’ issue 2015 no.3). In the exhibitions that Geerlings curates, location and (social, economic and political) context play an important role.

Geerlings contributed to the realisation of exhibitions and performances in the Oude Kerk in Amsterdam (Nachtelijke Dwalingen 2013 – 2016), Le Moinsun in Paris (Axis Mundi, art as a healing tool, 2015), After Hours in Sèvres (L’Eau à la bouche, 2015), Kunstfort bij Vijfhuizen (The Prophecy of Bees and Bedazzle, 2016) and two consecutive graphic design graduation shows at the HKU in Utrecht (2016/2017). In addition, she was associated as curator-in-residence at Rupert in Vilnius, Across residency programme in Nice, and The International Studio and Curatorial Program (ISCP) in New York. Geerlings works as a guest tutor at the HKU, is part of the curatorial team for the upcoming art festival (Modus Operandi 2017) in Nicosia (Cyprus), and is currently associated with the Mains d’Œuvres in Saint-Ouen (France) as curator-in-residence. http://juliageerlings.com/

Niekolaas Johannes Lekkerkerk (1988) works as an independent curator and writer for The Office for Curating in Rotterdam. He studied Art History at Utrecht University and followed the master’s programme Curating the Contemporary at the London Metropolitan University in collaboration with the Whitechapel Gallery. Central to Lekkerkerk’s work is the social and political discourse revolving around daily living and working practices, cultural norms, and ideologies. He particularly focuses on debates concerning the Anthropocene (the era in which humanity has become a geological force, its activity leaving marks on the entirety of ecosystems), ecology and climate, posthumanism, and the entanglements of nature and culture.

Recent projects and exhibitions compiled and organised by The Office for Curating are the duo exhibition Homestead of Dilution (2017) with Domenico Mangano and Marieke van Rooy in Nomas, Rome; the group exhibition Tradition Doesn’t Graduate (2016) in Komplot, Brussels; the group exhibition Spending Quality Time With My Quantified Self (2016) in TENT, Rotterdam; and the solo exhibition of Paul Geelen Sliding under Traces (2016) in A Tale of a Tub in Rotterdam.
Lekkerkerk currently works as the artistic director of the art festival Poppositions in Brussels, and is currently finalizing The Standard Book of Noun-Verb Exhibition Grammar, a publication about the exhibition as an ecological field. In 2012 he received the inaugural Demergon Curatorial Award, and in 2014 he was the beneficiary of the Akbank Sanat International Curator Competition. http://theofficeforcurating.com/